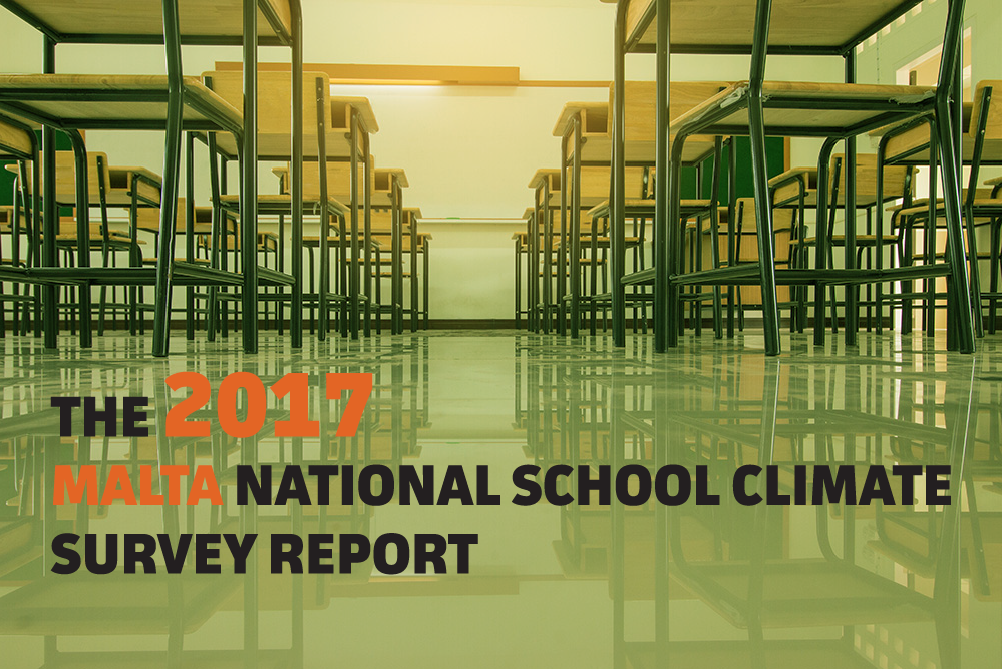 Addressing the inclusion of lesbian, gay, bisexual, trans, intersex and queer (LGBTIQ) issues in schools has long been a priority for MGRM although national data on the school experiences of LGBTIQ youth was hard to come by.

In the initial years following MGRM’s inception in 2001, access to schools by LGBTIQ organisations was often restricted and direct contact, when granted was often limited to that with educators. Few opportunities to engage directly with students existed. Schools were wary to explore LGBTIQ issues for fear of opposition from parents and many educators felt ill-equipped to handle explorations of LGBTIQ topics in the classroom.

Nevertheless, MGRM tried to make the most of any opportunity to intervene that presented itself. This included the publication and dissemination of information booklets for LGBT youth through EU Youth Programme funding in 2005, an anti-bullying campaign produced with funding from the VOICES Foundation back in 2009 and the donation of a number of books to the Ministry for Education in 2015 purchased through an EEA/Norway Grant.

When providing feedback on the proposed National Curriculum Framework in 2011, MGRM remarked that ‘safety is a precondition for learning’ and advocated for a number of measures that would help ensure that the school climate was one that was inclusive of LGBT students such as inclusive curricula, teacher training and anti-bullying policies that made specific reference to homophobic and transphobic bullying.

The EU LGBT survey conducted by the EU’s Fundamental Rights Agency in 2012 found that homophobia, biphobia and transphobia were experienced by 80% of students in education across all EU member states and Malta was no exception. It highlighted the need to provide equal opportunities to LGBTIQ students.

Malta has come a long way over the past 6 years in legislating for LGBTIQ equality and now boasts one of the best legal and policy frameworks in the world, including in the educational sector. Access to schools by LGBTIQ community organisations has become much more commonplace and the work with educators to ensure that schools are safe spaces for all children and young people under their care is ongoing. This is no easy task and requires skilled and committed educators and administrators who are able to implement appropriate strategies that help to create inclusive environments where diversity is not only tolerated but celebrated. This process of mainstreaming is a long term project and will take time to reach all those involved in education whether they be school administrators, teacher trainers, educators, support service professionals, students and parents.

In 2014 the Ministry for Education launched the ‘Addressing Bullying Behaviour in Schools Policy’ which for the first time made specific reference to homophobic and transphobic bullying. This bound schools to develop strategies that were cognizant of various forms of identity based bullying when drawing up their school based anti-bullying policies.

This was shortly followed by the launch of the ‘Trans, Gender Variant and Intersex Student in School Policy’ in 2015. The policy aims to foster a school environment that is inclusive, safe and free from harassment and discrimination for all members of the school community, regardless of sex, sexual orientation, gender identity, gender expression and sex characteristics.

Furthermore, the policy promotes the learning of human diversity that is inclusive of trans, gender variant and intersex students, and aims to ensure a school climate that is physically, emotionally and intellectually safe for all students to further their learning and well- being. In practice, it translates to a shift away from the often strict binary definitions and stereotypes of what makes a boy a boy and a girl a girl, recognising that traditional notions of gender and gender expression do not necessarily apply to all students.

To implement the policy, over the past three years, experts from the LGBTIQ movement and the Ministry of Education collaborated in delivering training to psychologists, counsellors, social workers, guidance teachers and other student support staff in a systematic manner.

Over the past two years, MGRM’s Rainbow Support Service has increasingly been involved in delivering training and assisting schools in dealing with a number of trans children and youth who are transitioning in state-run but also in Catholic and Independent Schools. Other LGBTIQ groups such as Drachma and Drachma Parents have also been involved in similar initiatives, providing training and support to teachers and parents. The drivers behind this shift in educational policy, as for much of the legislative and policy changes that Malta has undergone, have been the lived experiences of LGBTIQ individuals, in this case, children and youth. This school climate survey is aimed at garnering a better understanding of what it is like to be an LGBTIQ student in Malta and what still needs to be addressed given the lack of data at hand.

In the absence of quantitative data around the experience of LGBTIQ students, MGRM partnered with GLSEN and Columbia University to conduct this School Climate Survey. Malta was one of a number of European countries to conduct the survey. We hope that this will provide baseline date against which future progress can be measured.

“For 12 years I attended a Catholic school, it was horrible for any LGBTIQ+ students. In fact, the only few that were out were constantly either bullied or ignored. Even the staff was not supportive.” 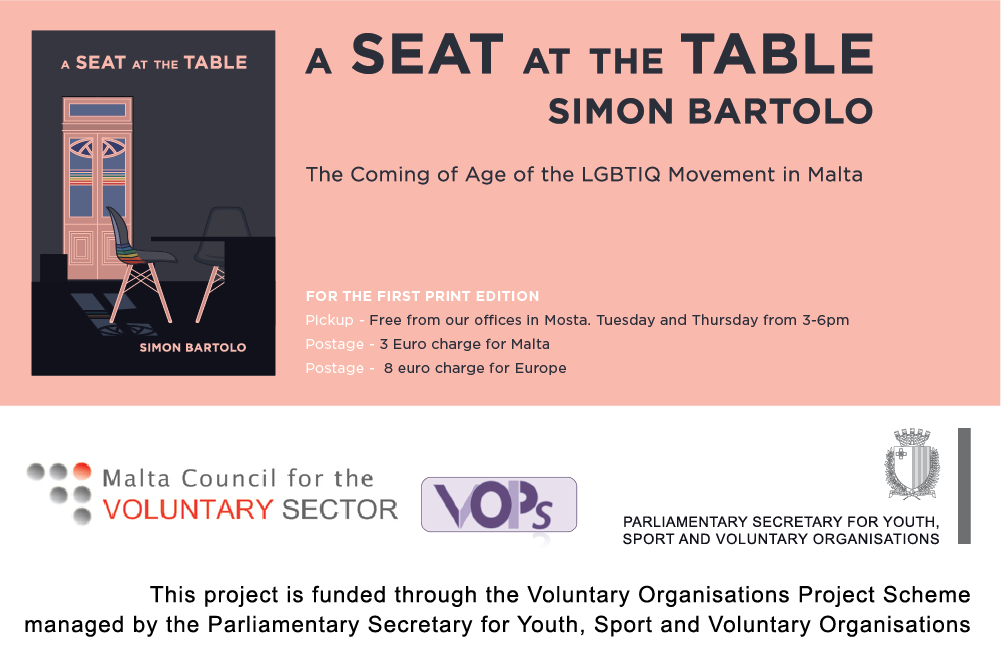 The Coming of Age of the LGBTIQ Movement in Malta